Back in July, Scott and I bought the studio apartment next door to us. It has been nothing short of life changing. I’ve now lived in this apartment for nearly 19 years (wrap your brain around that one), and there’s never been a moment when I did not fantasize about expanding into the unit through my dining room wall. The fact that it has actually happened still amazes me.

Those of you who have been reading here for a while (which is probably most of you, I don’t think anyone just stumbles across this site these days), you might remember that when my grandfather Phil bought this apartment back in 1965, the purchase actually included the second unit that we now own (Apt. 2023).

He died shortly before they moved in, and in a fit of panic, my grandmother sold off that portion of the apartment (for $800), leaving herself with a two bedroom, one bath. Everyone immediately regretted that choice (grief driven decisions are rarely good ones), but the apartment next door never came up for sale at a time when my grandmother was in a place to buy it.

It took us about six weeks after making the purchase to have a door installed connecting the two units. But back in September, we took the boys to the Jersey Shore for a week and while we were away, a very nice contractor named Tom cut a hole and put in a very nice, simple door.

It’s the first time in my adult life that I’ve had a second bathroom, which continues to be an absolute pleasure. Other joys that this expansion have brought include a second small kitchen, complete with an additional fridge, and the ability to move Scott’s office into the new space, freeing up the room that was once his for the boys.

That said, there have been some bumps in the road. There’s so much I want to do to make the new space more functional for us, and I have so little time and energy to make it happen (because of the pandemic, we don’t have any childcare help anymore, and so I don’t have a whole lot of bandwidth for anything extra these days).

And so, while it’s amazing to have more space, it’s also because a bit of a dumping ground, where we tuck anything that the boys might destroy. When they do breach the perimeter and make their way into the annex (as we have been calling it), we have to tail them closely to ensure that they don’t pull down a camera or help themselves to a drawer full of knives.

But there is time for all that. We will eventually put up shelves and get things tucked away. Perhaps someday, we’ll even find the funds to break down more of the wall and build a larger, more functional kitchen out of the two we now have. I will keep dreaming it so.

Two years ago right now, I was in a strange, in-between place. A few days earlier, my first round of IVF had resulted in the retrieval of four tiny, precious eggs. Those eggs had been fertilized and were successfully growing in a lab a mile and a half west of our apartment. I was waiting to see whether they would continue to thrive long enough to be transferred back into my body.

I haven’t really written much about my fertility experience. Looking back at it now, with two energetic, sturdy little boys playing a few feet away from me, it doesn’t have the same weight that it did when I was going through it. But before, during, and just after, I lived with a balloon of hope, fear, and anticipation in my chest and throat that was always about to explode open.

I remember the morning I got the call from the lab, telling me that the fertilized eggs were doing well. I was at a busy farmers market and I started crying on the sidewalk. I was wearing my red vest and holding a bag filled with apples and a leafy bunch of swiss chard. In true city fashion, people just kept on walking by as a wept.

On the morning of the egg transfer Scott had a meeting and so I went by myself to the appointment. When I got there, they told me that there were two eggs that were doing really well. One was slightly less good, and one had stopped growing all together.

The advice was to transfer the two most robust embryos, in the hopes that one would implant. I told the doctor (a woman I’d never met before and would never see again) that we really didn’t want to have twins (ha!) and she said that given my age (I was 39 at the time), there was a very slim chance that both would implant. Truly, the odds were against me that even one would stick around.

I watched on the monitor as she slid the delivery tool into my uterus and left two, tiny clusters of cells behind. So much hope. So much worry.

I walked around for the next ten days in a state of wonder and fear and deep curiosity. Would one of those clusters of cells stick around? Would both? Finally, a day before the fertility appointment where they’d test my blood for HCG (the hormone that appears during early pregnancy), I took a home test and the plus sign turned pink within seconds. It was the only time in my life that I’d gotten a positive result from one of those tests (though I’d self administered many with a great deal of hope).

I don’t know how long late November and early December will bring me back to the fertility treatments that brought me my boys, but at the moment, I can’t live through this time of year without remembering and feeling that balloon of desperate hope and anticipation. 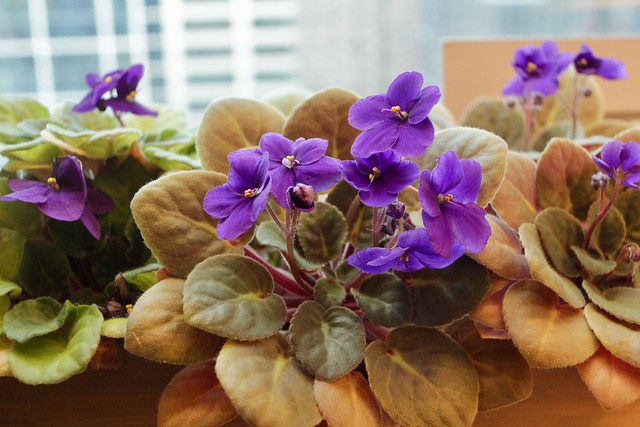 I am grateful that I don’t have to do laundry the way women once did, dragging their soiled linens to a stream and pounding them against the stones.

I am grateful that I don’t have to cook food for my family over an open flame, always worried a wobbly toddler might accidentally pitch forward into the hearth.

I am grateful that I don’t have to preserve food in order for my family’s survival. The weight of the work must have been nearly crushing when it was the only thing standing in the way of starvation.

I am grateful that the work of my hands isn’t what keeps my children clothed. That torn out knee must have been heartbreaking if you raised the sheep, carded the wool, loomed the fabric, and stitched the garment.

I am grateful for this modern age.

I started thinking those first words earlier today when I was piling dirty clothes into our washer. Even with a machine to do the work of washing and drying, I still mumble and moan about the work of gathering and folding under my breath. But suddenly, remembering how far we’ve come made me reorient my thinking and instead feel widely, impossibly grateful for the epic conveniences of modern life.